Google Santa Tracker 2019 Now that it is Christmas, let’s see where Santa is on the map. Wondering if he is close to your house? Google Santa Tracker is an annual Christmas-themed entertainment program first launched in 2004 by Google, Inc. that allows users to track Santa Claus on Christmas Eve, and before that also allows users to play, watch, and learn through little activities that are added daily from the start of December.

Every Christmas Eve, the Google Santa Tracker began to track Santa at about midnight in the furthest east time zone. The map showed Santa alternating between traveling and handing out presents in cities. Santa traveled approximately one time zone west per hour. Counters showed viewers how far Santa has traveled, how long until he reaches the viewer’s city, the distance from the viewer’s city, and the total number of presents delivered. Santa had helpers with him, including the standard reindeer and elves, along with penguins and a snowman.

Google Santa Tracker allows you to see where Santa is in the world, plus there are plenty of games to play. Make an Elf with the elf make in the Santa shop. There are many things to do in the workshop for your kid.

Watch Santa Around The World

Love playing games? there are many games in Santa’s workshop for you to play, you can make an elf with the elf maker, take a Santa selfie, search for Santa, play gumball tilt and much more. 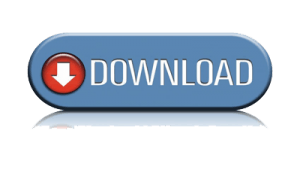 If you like this video, make sure to subscribe to notifications on my website by clicking on the bell icon at the bottom of the page

Apple iPod Touch is a great device, much like the iPhone. The iPod touch gives you a beautiful canvas for your messages, photos, videos, and more. Everything is sharp, vivid, and lifelike. All on a […]