MINIONS BIRTHDAY PARTY: Today Noah turns 4 years old, so we celebrated it with Minions. Noah woke up to a huge Minion on his bed. Noah just loves minions. Later after he woke up he was surprised with more minions. Minion PJs, Minion talking toy and some mini Minion toys. 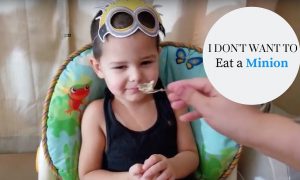 Noah had a Minion cake that was covered in fondant with some delicious frosting in the middle. The only problem was he did not want to eat the cake as he said he don’t want to hurt a Minion. You can see as Noah refuses to eat his Minion cake, but wanted to eat part of the clothing and the hair of the minion.

Come take a look at the video to see how he ate his cake and celebrated his birthday minion style.

Fortnite Gameplay on The PS4

Fortnite is an online video game developed by Epic Games and released in 2017. It is available in three distinct game mode versions that otherwise share the same general gameplay. Fortnite: Save the World is a player v environment cooperative Read Full Article

Tubi Tv Adfree is a great app for all your Android devices, the no adfree works on apple devices. Pick what you need to watch when you need to watch it, with fewer promotions than customary TV. Tubi is the Read Full Article