Crossy Roads an a newer iOS game that is available through the Apple Arcade section under the iTunes play store. This game is much like the older Frogger game that was available on the Atari game system. If you love older games, you will love this updated version of Frogger. After playing this game for a while, you will find yourself addicted to playing this game.

This crossy Roads is like playing frogger, only you run with a horse and not with a frog. Crossy Road is an arcade video game released on 20 November 2014. It was developed and published by Australian video game developer Hipster Whale, with the name and concept of the game playing on the age old joke “Why did the chicken cross the road?” The game has been described as “endless Frogger”. 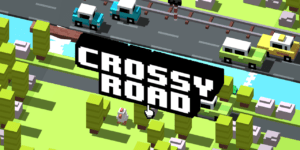 You can Download the Game for your Apple iPad and iPhone to play hours of the updated version of the old frogger game. You can also use an Apple iPod to play this game, you will need the Arcade Subscription to play this game

If you like this video, make sure to subscribe to notifications on my Channel by clicking on the notification at the bottom of the page.

Spongebob Moves in Mod is a city-building game originally created and developed by Los Angeles-based game developer Kung Fu Factory and published and distributed by Nickelodeon, the video game is based on the American animated television series SpongeBob SquarePants. It was Read Full Article

Elmer’s Blueberry Cloud Slime is super fun to play with, if you love playing with kinetic sand you will love playing with slime. This slime from Elmer’s is not sticky at all, and the smell is very fruity. I love Read Full Article